Session 1: Challenges for Maritime Industry
Moderator: Hugo Wynn-Williams, Chairman of Thomas Miller Holdings Ltd
Speakers:
Dr Martin Stopford, Non-executive President of Clarkson Research
Jeremy Nixon, CEO of Ocean Network Express (ONE)
Robert van Trooijen, Senior Vice President, Head of Asia Pacific, A.P. Moller-Maersk
Tom Strang, SVP, Carnival Corporation & PLC
Tadaaki Naito, President, Japanese Shipowners’ Association (JSA)
Session 1 was opened with speeches by Jeremy Nixon, CEO of ONE, and Tadaaki Naito, President of JSA. Nixon explained this year’s container trade situation as a slow-down from the lively year of 2018 under the effects of a prolonged U.S.- China trade war. He also stated that main point of SOx regulations that will begin next year is a switch-over from heavy fuel oil to very low sulfur fuel oil (LSFO), but the difference in their price will be a challenge for the industry.
Naito explained environmental efforts made by the JSA, and also revealed two case studies as NYK Line: a proving test of the world’s first autonomous surface ship and the seaman’s electronic currency MarCoPay, both introduced by NYK.
During the panel discussion, referring to reducing cruising speed as a means to reducing carbon emissions that Non-executive President Dr. Martin Stopford mentioned in the keynote speech he gave before the session, Nixon explained that substantial progress has been achieved in this endeavor over the situation in the 1980s and 1990s. He also stated that in the container shipping industry, frequency fell temporarily as a consequence of large-volume shipments resulting from enlargement of vessel sizes and alliance concentration, but in the logistics industry, the rise of Amazon etc. resulted in a decline of individual shipment sizes but a rise in their frequency and other counter-trends, and the present challenge is how to bridge the gap between the two industries.
Trooijen, Senior Vice President of Maersk also stressed that it is vital to slow cruising speeds and revolutionize technologies in order to achieve decarbonization. New ships with innovative technologies must be introduced to reduce carbon emissions. On this topic, Strang, Carnival’s SVP stressed that because if cruise passensers are conscious that the cruise industry is not taking environmental measures, this awareness will severely impact its business, the industry must tackle environmental issued driven by a sense of crisis. Carnival has 20 passenger ships on order, but he explained that 10 of these will be extremely environment-friendly vessels, including those powered by LNG fuel. He also expressed the view that the container vessel industry must also push ahead with such measures if its clients increase their pressure on them to decarbonize.
Naito, President of JSA introduced in his capacity as Chairman of NYK a proving test of NYK’s autonomous vessel, reporting that although it had not achieved 100%, future models would reach this goal. Stopford, Non-executive President of Clarkson argued that while he agreed with this, it was vital to standardize detailed items such as cargo control and ballast etc.
On the topic of the IMO’s goal of reducing GHG emissions of ocean-going shipping to half of their 2008 levels by 2050, Nixon made a proposal. “It is necessary for the entire industry to cooperate rather than for companies to act alone. And isn’t it necessary for the industry to act on its own initiative instead of waiting for regulatory authorities?” Stopford also argued that entrepreneurs who create new technologies to achieve decarbonization must appear. Naito stated, “(decarbonization) is the ultimate challenge, but it is important to do all that can possibly be done to reduce GHG.” 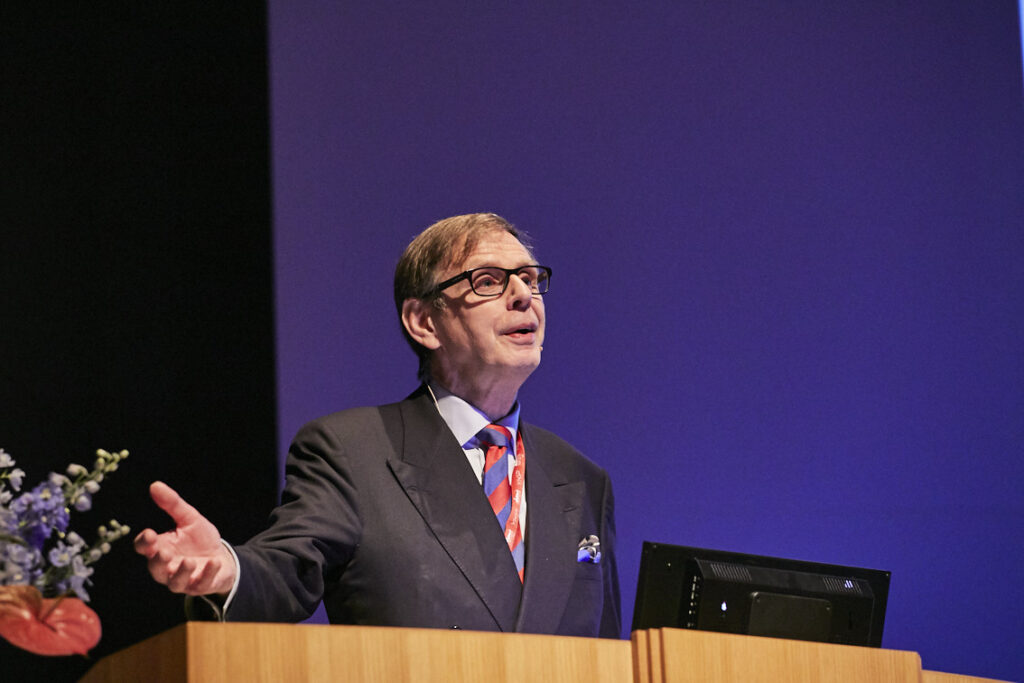 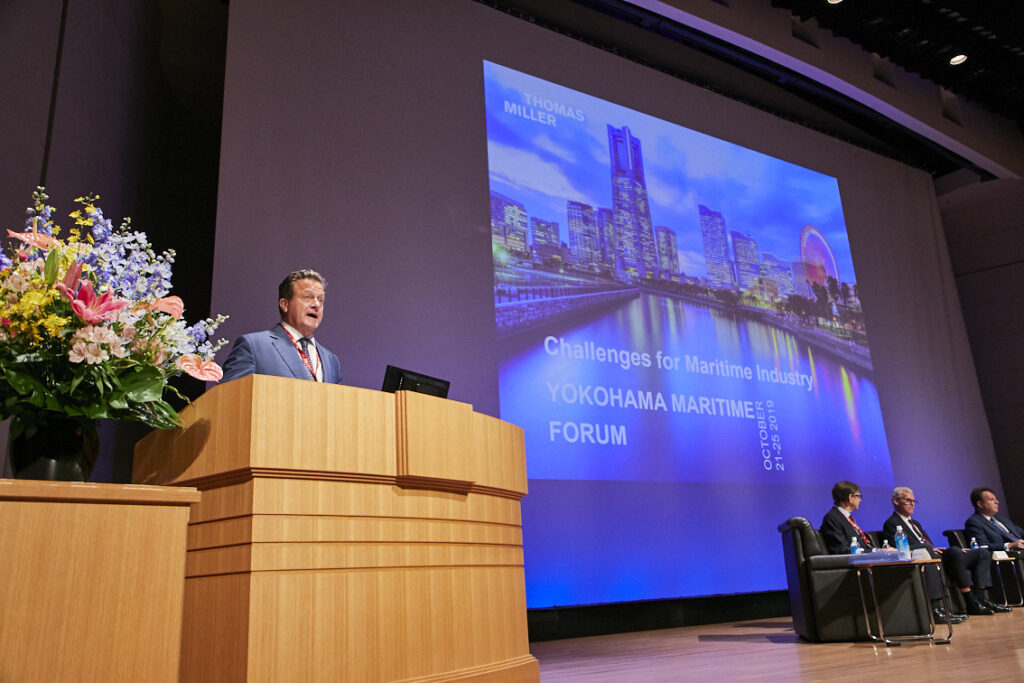 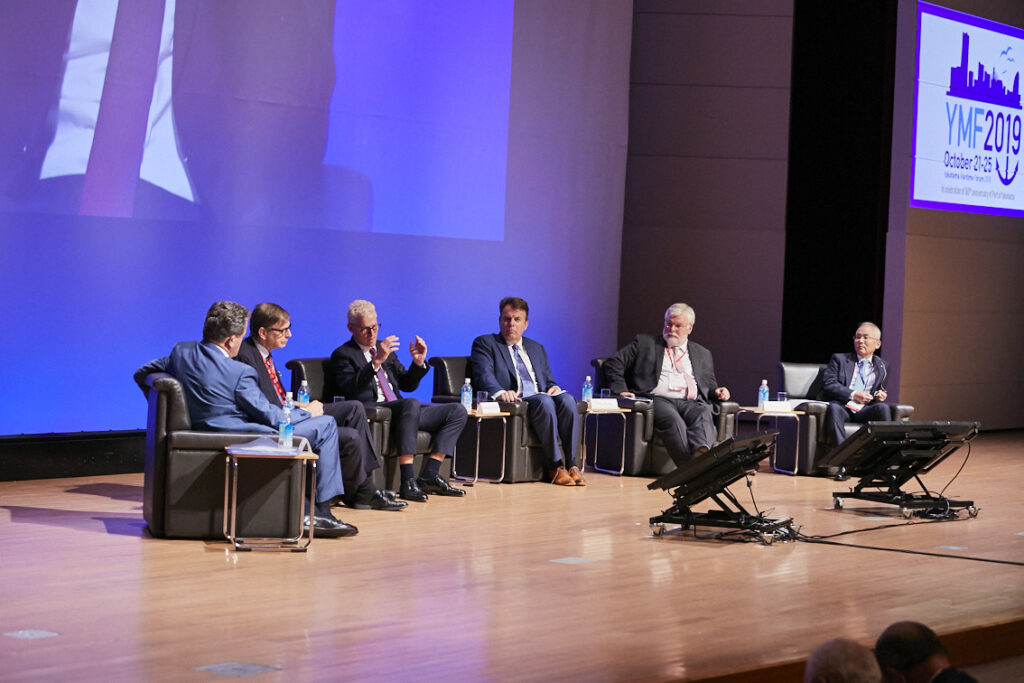 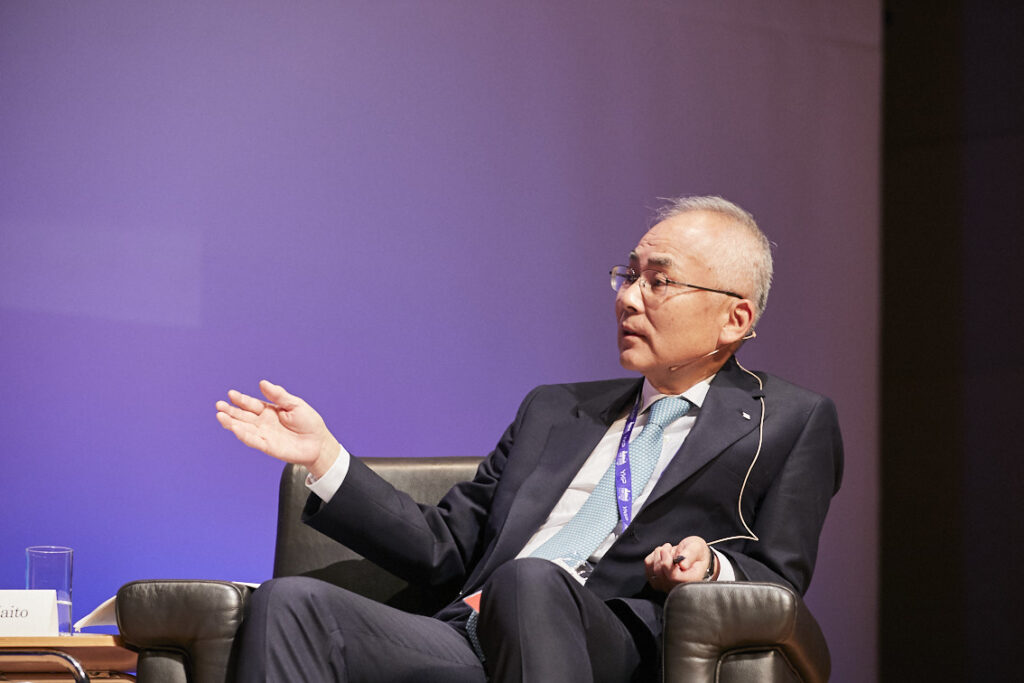 Session 2: Empowering Women in Port and Maritime Industries
Moderator:Katharina Stanzel, Managing Director, INTERTANKO
Speakers:
Despina Panayiotou Theodosiou, International President of Women’s International Shipping and Trading Association (WISTA)
Guy Platten, Secretary General, International Chamber of Shipping (ICS)
Akiko Yoshida, Director-General of Kanto District Transport Bureau, MLIT
Sakura Kuma, Executive Director, and Head of Marketing & Sales, Yokohama-Kawasaki International Port Corporation (YKIP)
Before Session 2, Despina Theodosiou, President of WISTA presented her keynote speech. She pointed out that, “in the midst of a major transformation of the shipping industry’s environment through digitalization and other changes, we absolutely have to incorporate new diverse ideas” and emphasized that women must advance in the industry. On the topic of concrete efforts, she stated, “The shipping industry must be more attractive at the same time as ships and working environments that welcome women must be created.”
During the panel discussion, Stanzel, Managing Director of INTERTANKO pointed out that, “In order to make equality of men and women a reality, it will be essential to eliminate traditional unconscious gender prejudice.” Talking about the present situation in the shipping industry she stated, “The percentage of women is not high, but taking advantage of the views and ways of thinking of women will result in increased profitability.” Kuma, Executive Director of YKIP drew on her own experience to state that “There are few women in the port sector, but men treat them cordially, so we do not feel isolated.” On the other hand, she presented specific episodes while explaining that “men and women are not equal in society,” and emphasized that, “in the future, men and women must be equal.” Yoshida, Director-General of MLIT reported that Japan was ranked at the low level of 110th in a gender-gap ranking announced by the 2018 World Economic Forum, and stated, “Few women are given decision-making positions in particular. Women’s role in the home that is considered to be traditional and prejudicial view of women’s abilities remain.” Regarding the promotion of women to executive posts, she argued, “Instead of excessively anticipating women’s views and ways of thinking in decision-making, we should adopt the approach that (women’s advance) will draw attention to views which have been hidden until now.” Platten, Secretary-General of ICS took up the significance of promoting the activities of women, explaining, “For example, men tend to take risks while women avoid risk. Taking advantage of their strengths can improve results.” He also stated, “It will be necessary to create attractive work places in order to bring young women into the maritime shipping and port industries.”
International Theodosiou discussed the promotion of the activities of women in companies, stating, “It is necessary to include everyone concerned and discuss issues with an open mind. In addition to the need for role-models (of women working in the industry), it is also important for men to act as mentors.” In response to this statement, Yoshida said, “In administrative bodies, there are few mentor systems, so first mentors must be created. It is important they act as promoters who concretely evaluate the way that women work and their contribution to society in Japan.” On the subject of improving work methods, she stated that “In Japan, the birth-rate is falling and society aging, and in the future, the economy will be poor if women do not achieve progress,” and expressed the view that, “women working should be considered and past work methods including that of men should change. Through the process of review, a technological revolution will probably occur.” Kuma commented, “If automation progresses, transforming working environments, it will also be easier to women to work.” 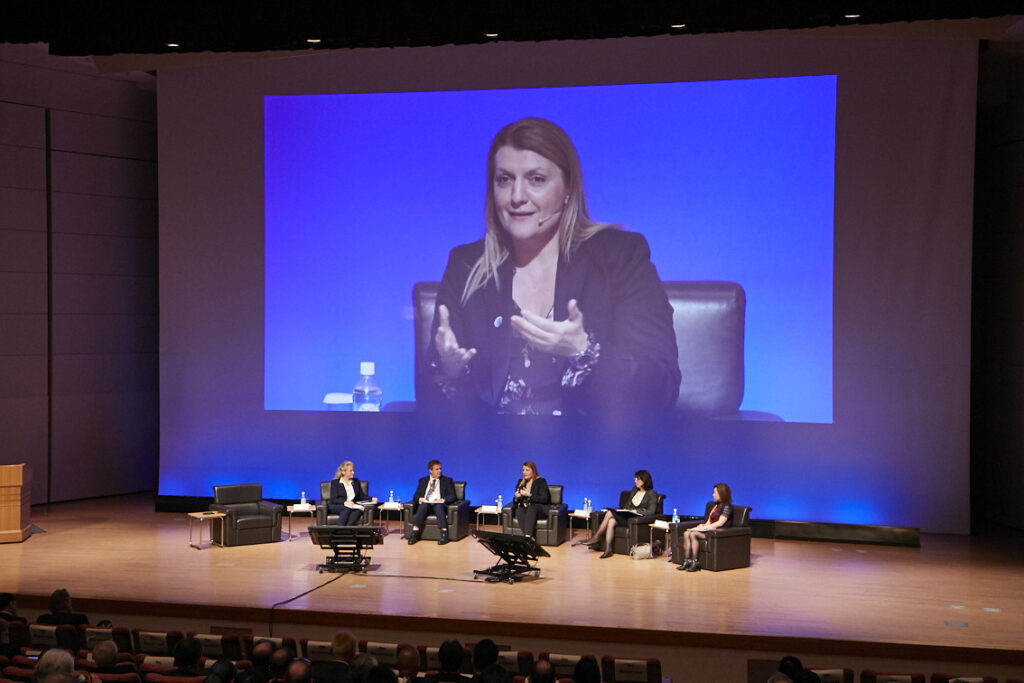 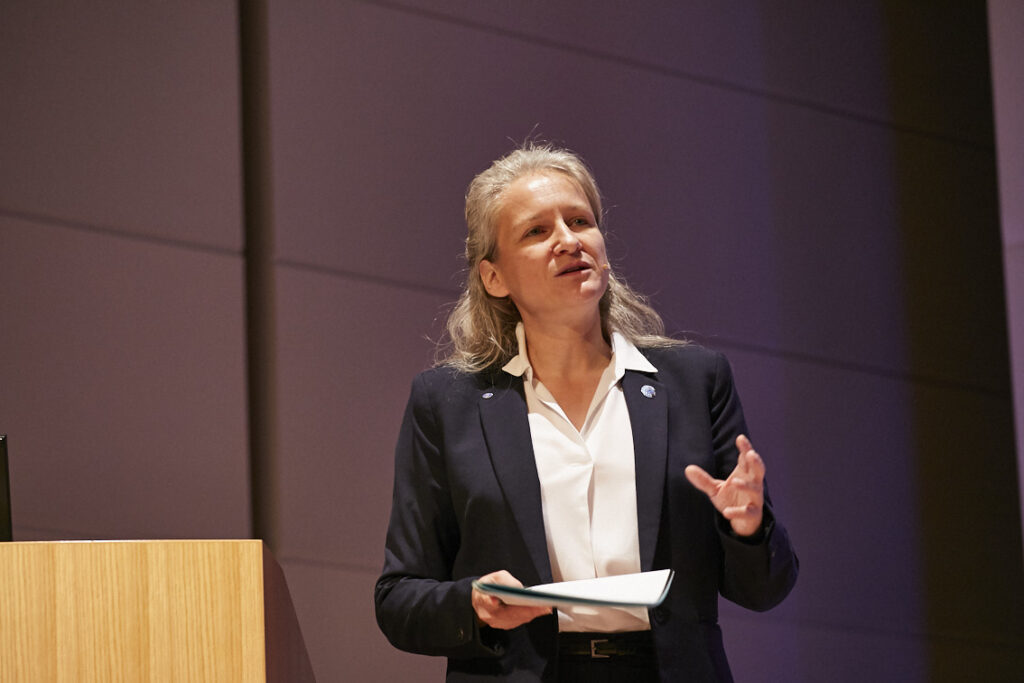 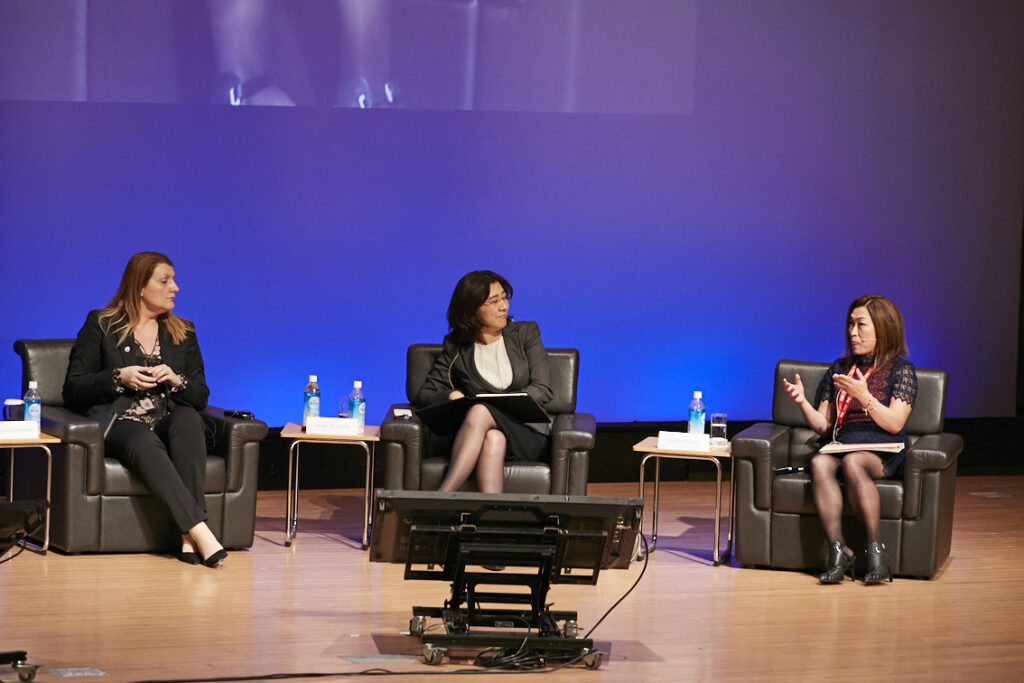 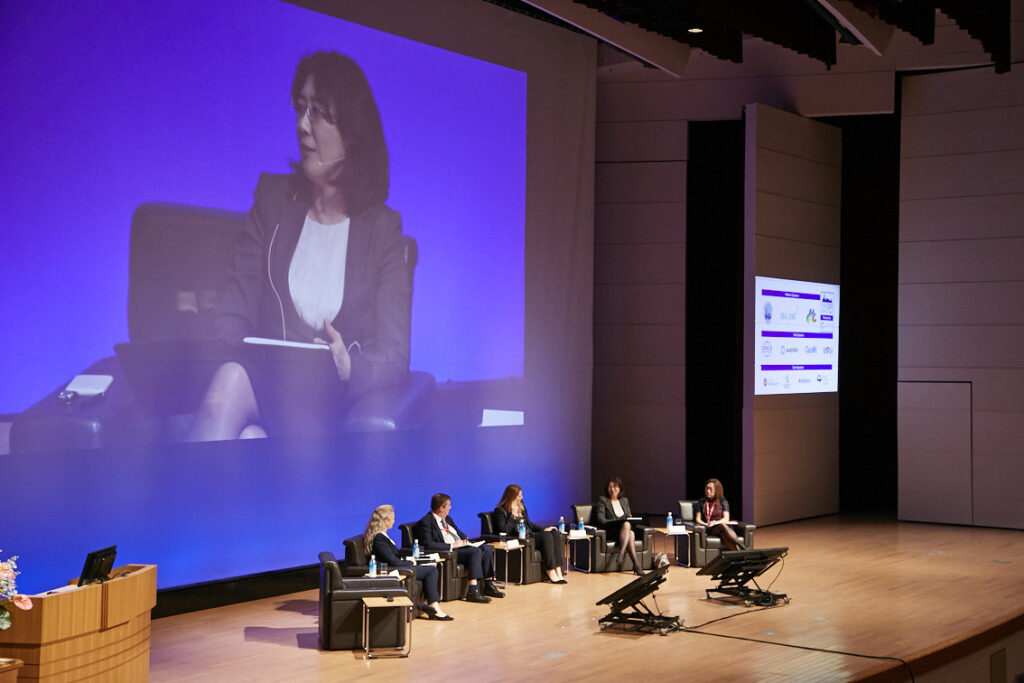 Session 3: IMO Regulations from Perspectives of Industrial Associations
Moderator: Guy Platten, Secretary General, International Chamber of Shipping (ICS)
Speakers:
Angus R. Frew, Secretary General & CEO, Baltic and International Maritime Council (BIMCO)
Katharina Stanzel, Managing Director, INTERTANKO
Tom Boardley, Secretary General, Cruise Lines International Association (CLIA)
Patrick Verhoeven, MD, Policy and Strategy, International Association of Ports and Harbors (IAPH)
On the topic of GHG countermeasures in international marine transport, Angus Frew from BIMCO assessed Japan’s vessel output regulation proposal as “a rational alternative” and cited “shortening standby time of vessels outside ports” as another method. He pointed out that the situation in which vessels arrive long before they are scheduled to unload their cargo to wait at anchor offshore is a cause of an increase of GHG emissions. Based on tests done at Port of Bremerhaven and Port of Rotterdam, it has been trial calculated that reducing vessels waiting offshore could lower their fuel costs by 20%. He explained his expectation, stating, “This is an ambitious project that cannot be successful without cooperation between ports and the marine transport industry, and the key to this is finding out how to provide incentives.”
Patrick Verhoeven of the IAPH pointed out that a hurdle to the reduction of GHG emmissions at ports is the cost of installing bunkering facilities for next-generation fuels. In Italy, port authorities have invested in onshore power-supply facilities, but he introduced cases which have been criticized because they have remained almost unused, and commented that, “Ports must carefully consider whether or not their customers truly require such facilities.”
Stanzel of INTERTANKO pointed out that in order to effectively reduce GHG, “it is important to share highly transparent data.” Frew stated that “Sharing of data in the aviation industry is ahead of that in the marine transportation industry,” then added, “We have to appropriately inform a wide range of people of the marine transportation industry’s efforts. We have many important stories to tell about the way marine transport is aiming for zero-emissions. Out industry is working to resolve many challenges including ballast water, underwater noise, plastics in the ocean, and so on, but we do not effectively publicize our efforts.” On this topic, Boardley of the CLIA said that the cruise industry will, as an industry familiar to ordinary citizens, “strive to become the showcase of marine transport.”
Stanzel mentioned problems concerning seamen. She asked, “As advanced automation and computerization of vessels and cybersecurity problems appear, is the present STCW treaty enough?” and commented that, “Cyber security problems are worsening particularly rapidly, and the IMO’s countermeasures cannot easily keep pace with them.” She called for rules to be created to deal with these issues by not only setting absolute standards, but by conducting an urgent discussion guided by “goal-based standards” that clarify goals and permit the selection of a method of achieving them from among many methods.
Borderley on the other hand, said, “I am concerned about divisions within the marine transport industry.” He cited the increase of regional regulations concerning ballast water management and SOx reduction and the division in arguments concerning carbon planning that Europe is promoting to issue the warning, “That which is most frightening is the emergence of countries and regions opposed (to the IMO). They will inevitably contravene the decisions of the IMO to take actions opposed to the direction the marine transport industry is moving.”
Patrick Verhoeven pointed out a problem concerning the European Commission, namely, “It tends to push ahead driven by simple slogans, but matters cannot be undertaken so simply. Time must be devoted to persuasion.” 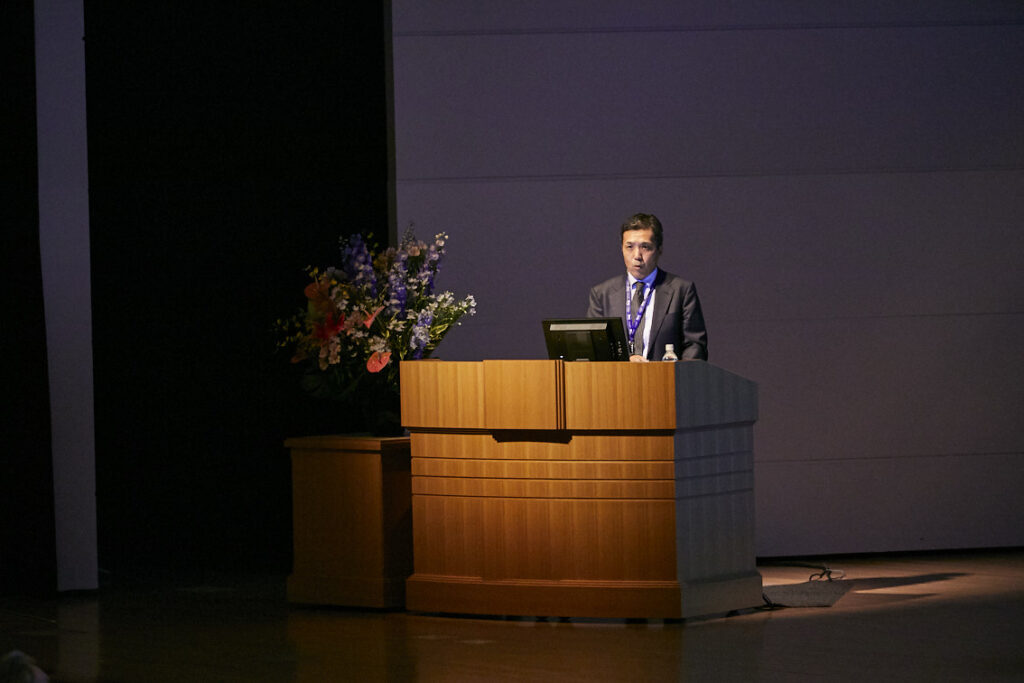 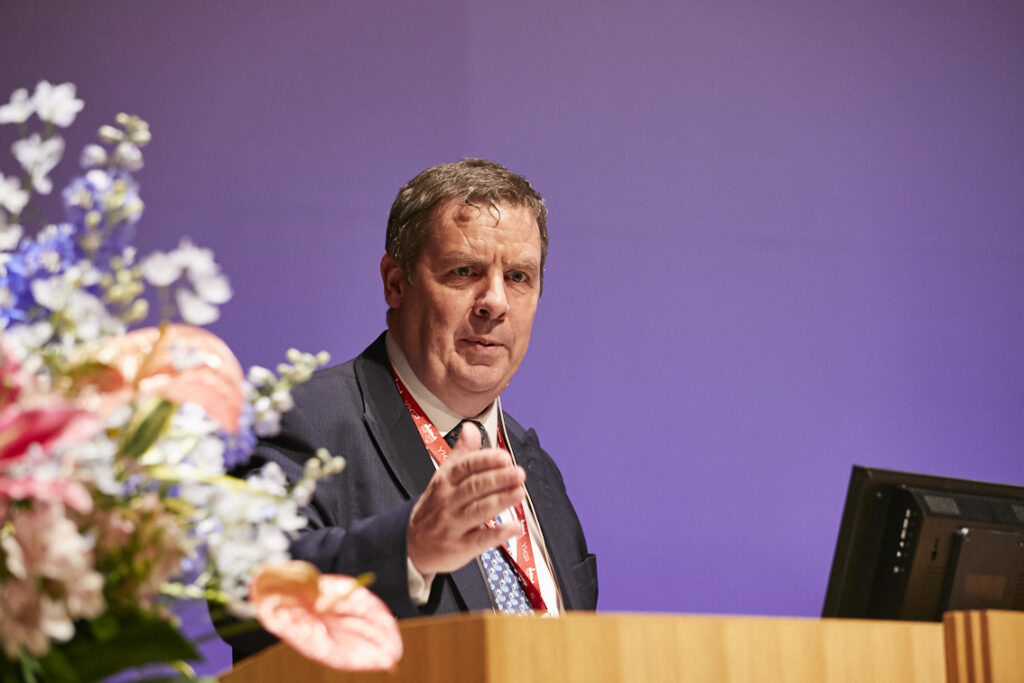 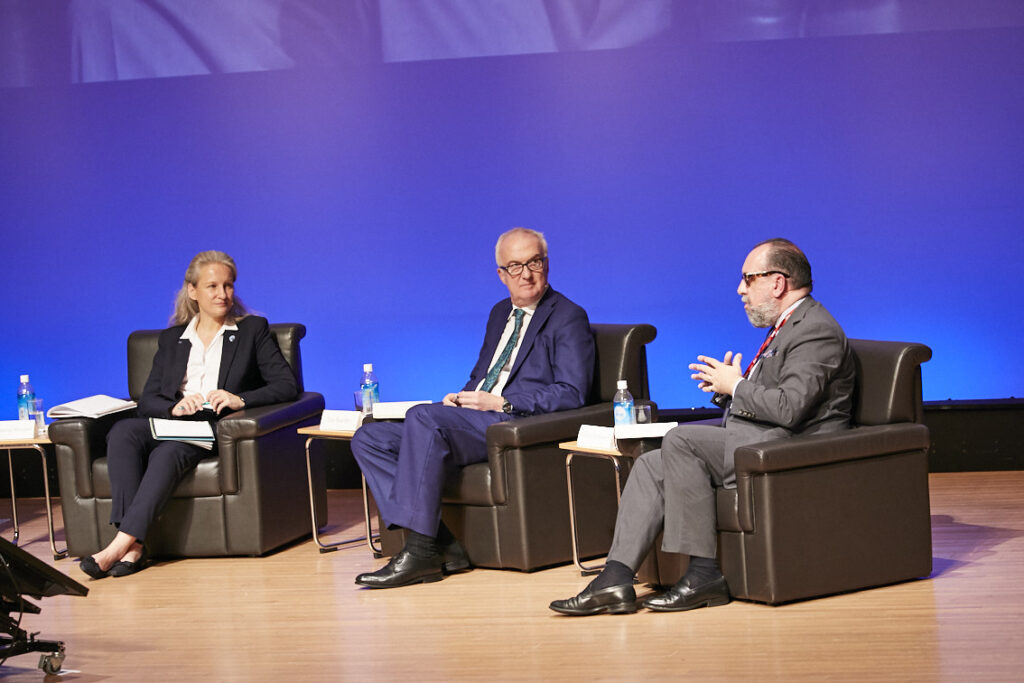 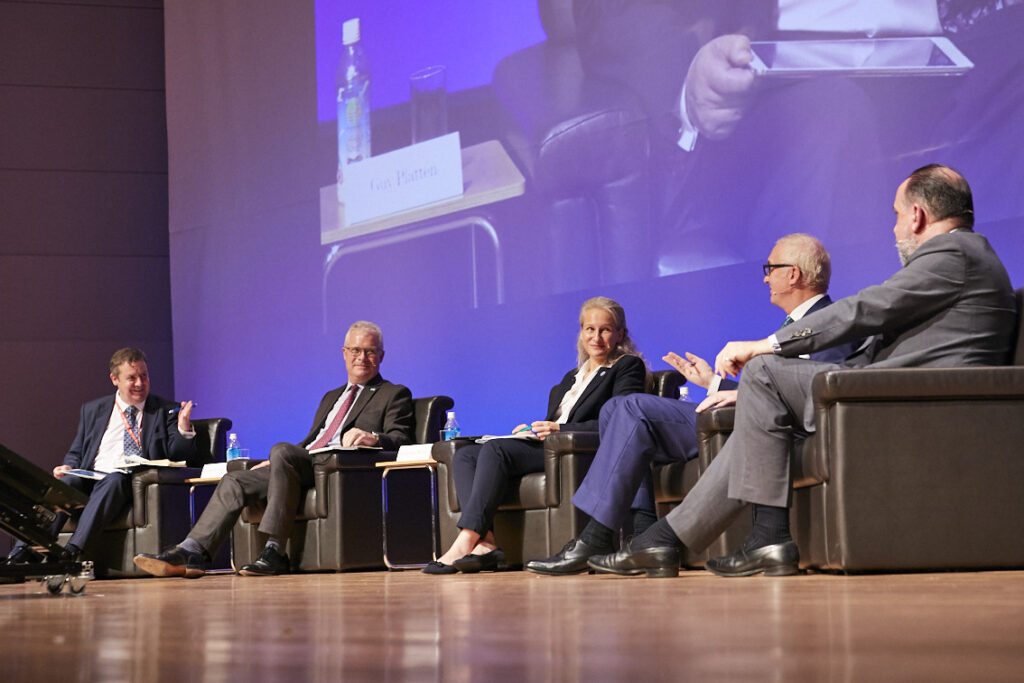