Yokohama and Vancouver strengthen the Relationship in Environmental Actions

Port of Vancouver and Port of Yokohama have been the sister ports since May 15, 1981. Both ports have built a strong, productive friendship and collaborative relationship to promote the development of trade and commerce between the two ports and their regions. Both ports would like to take this day, at 38th anniversary of sisterhood, and 160th anniversary of Port of Yokohama as an opportunity to enhance our relationship, and to take it to the next level. The two ports signed a MOU, in order to advance environmental leadership within the port and shipping industry, on October 23, 2019.

In terms of the actions to be taken toward the climate change, the two ports have collaborated quite closely. Yokohama introduced Vancouver to SEA/LNG, one of the biggest organizations to promote LNG as marine fuel, and Vancouver introduced Yokohama to a program named World Ports Climate Action Program (WPCAP), a group of leading ports around the world who are determined to take actions on reduction of GHG emissions by working on five respective projects, including increasing efficiency, policy approaches, power-2-ship development, low-carbon maritime fuels development and decarbonizing cargo handling facilities.
Yokohama signed her declaration for membership of WPCAP on the same day, becoming the 13th addition to WPCAP. 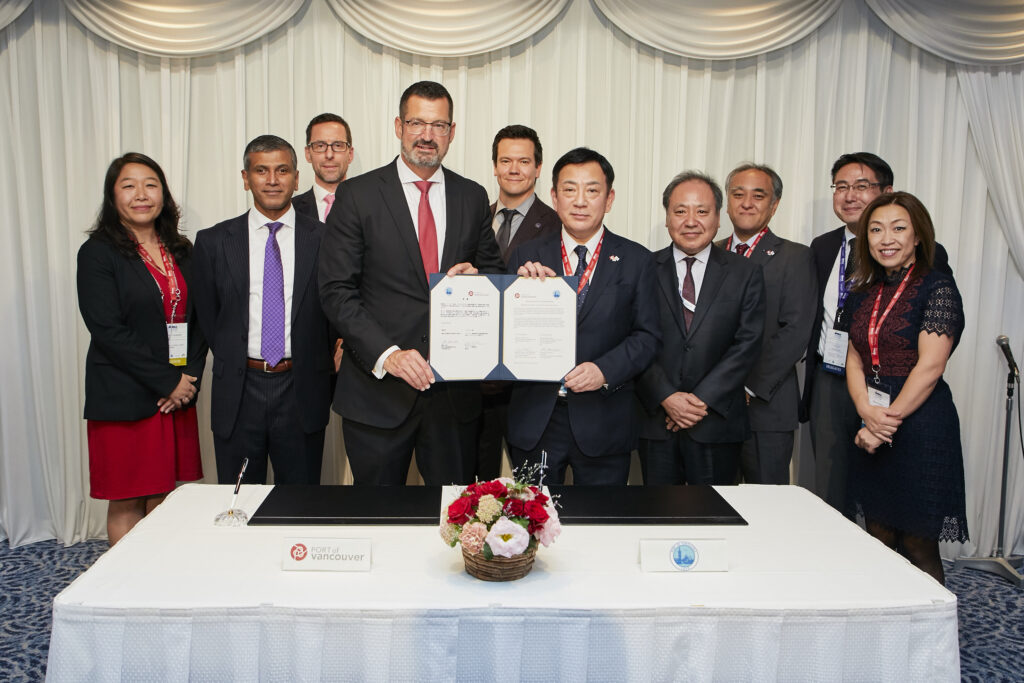 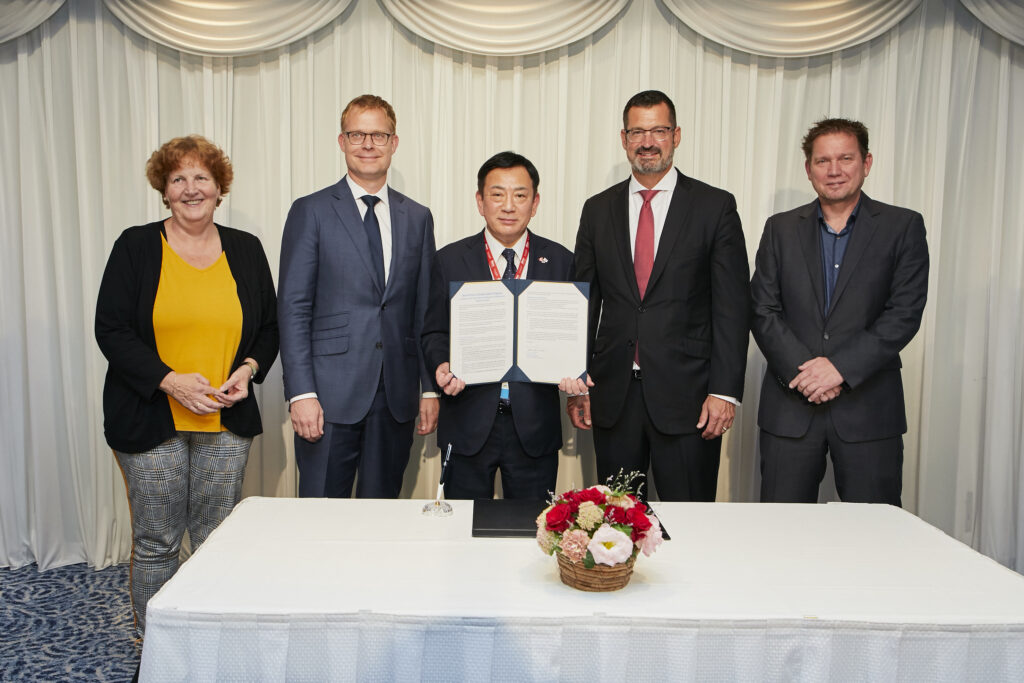