On April 30, 2019, Masamichi Morooka, President & CEO of YKIP, was invited to join a panel of the 5th International LNG Congress in Malta.

As addressed at the opening speech by Joe Mizzi, the Minister of Energy and Water Management of Malta, stated that the increase of demand for LNG as a marine fuel In Mediterranean is highly expected, which is also a part of the reason that the congress was held in Malta for the very first time.

As respectfully requested, Morooka explained the LNG bunkering development at Port of Yokohama, and he also presented a newbuild of LNG bunkering vessel recently placed an order with Japan Marine United Corp. by Ecobunker Shipping, which is a joint venture of Sumitomo Corp., Uyeno Transtec Ltd. and YKIP. 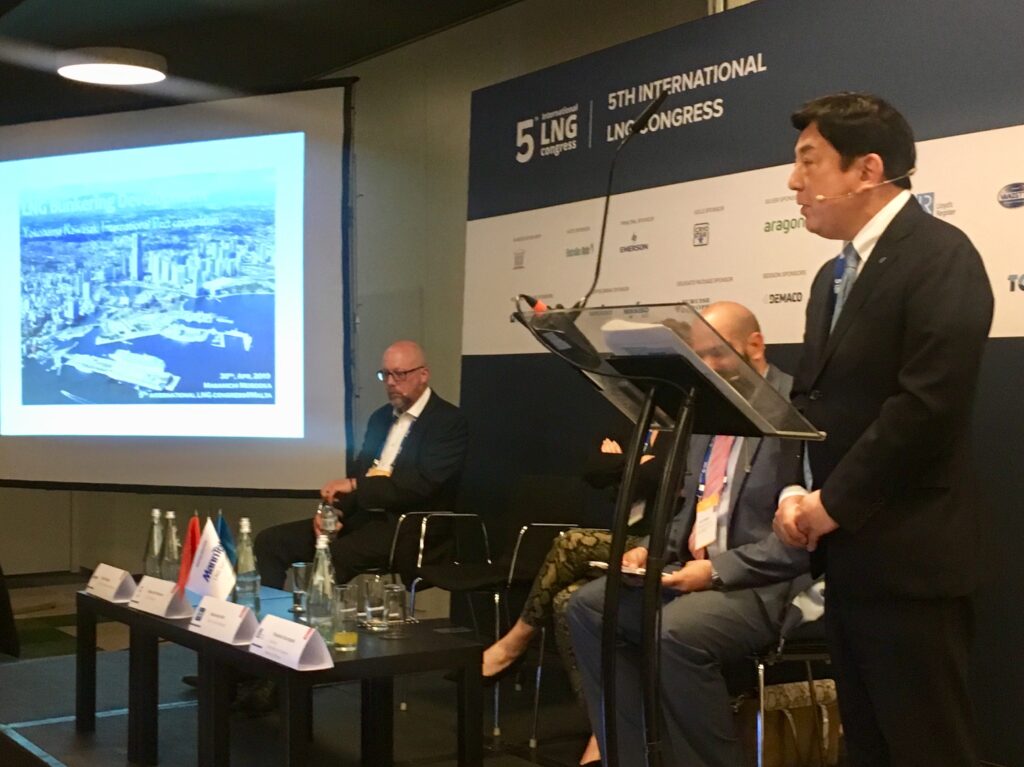